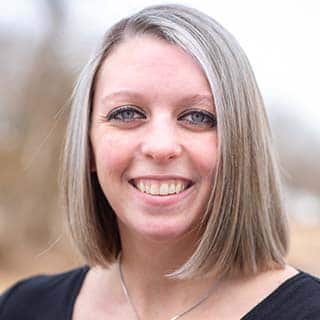 Marlyn LaRoy is the office manager here at RCL Enterprises Inc. She was born and raised in Salem County and graduated from Woodstown High School. Prior to working at RCL, Marlyn worked at SJ Transportation for 3+ years as a receptionist.

After being friends with Kyle LaRoy throughout high school, Marlyn and Kyle soon had begun dating. Being surrounded and a part of the LaRoy family during her relationship with Kyle led Marlyn to become familiar with our company. Substantial growth witnessed by the company led to the need for an internal position to help keep up with the growing workload. Marlyn began working here in March of 2014 and has developed her role, becoming an influential part of RCL's internal operations.

Marlyn LaRoy is a motivated, honest, and hard-working employee who takes great pride in her work.

Away from work Marlyn enjoys going down to the beach, going out on the boat, being with her family and friends as well as spending time with Kyle and their two dogs Rex & Clyde.

Kyle and Marlyn married on July 9th, 2016 and welcomed their first child Lilianna on November 20, 2019. They are growing their family & expecting their 2nd child in July 2021.

We are very thankful and grateful that she is part of our company and the LaRoy family.